One of the things about owning a car is dealing with the imperfections along the way. Some people may say it builds the character of the car over time(!) but others like to have their car in pristine condition mechanically and cosmetically.

Small dents are common and should be expected, however, they can put a blemish on our day every time we see it. Even when others don’t see it.

It’s the dents that are small and subtle that make the glaze of the paint looks like a small iddy biddy ding you probably never really know how they get there. It could have been a small rock, pine cone and even someone nasty enough to deface your car. Whatever the reason, it’s perfectly OK to not want to leave it there! Time to get active and remove that dent!

The cost of fixing a small dent on your car can range from $60 to $160 for a normal professional body shop to knock out the dings with specialized equipment. Could you imagine how much that would cost to pay a pro collision repair shop to remove pointless dents in your car?

Its going to be super expensive!

But there are easier ways to remove small dings, bumps, and dents from virtually any part without losing sleep over it. Whether it be a dent on the door, quarter panels, hood or trunk lid. There are some great home DIY ways to do this on the cheap without damaging your cars paint, or creating additional problems.

If you are the hands-on kind of person who likes to DIY then here are 5 ways you can take out a dent on the cheap. As a friendly disclaimer that we advise utmost caution and this advice should be used for entertainment purposes and not a hard and fast rule to fix dents. Just be aware that if you are not careful you make your dent problem worse.

1. Use a toilet plunger

Yep, you heard that right!! Practical for the toilet when you unclog it, but did you know it can be very effective for other purposes like removing small dents from your vehicle. However, this method only works with small dents that look like dimples in the paint, so any medium-size dents may not work as easy.

How to remove dents with a plunger

This is the sort of thing you should be looking for…. 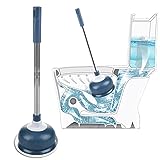 2. Remove dent with a hairdryer

With this method, you are using the power of temperature change; from drastic hot and cold which helps the metal of the dent expand and contract which can be a great solution to remove small and annoying dents. You are going to need a few things with this, you will need aluminum foil, rubber-coated gloves, dry ice (which is solid carbon dioxide (CO2), a can of compressed air and lastly a hairdryer.

You may have seen this method all over facebook and youtube as its very effective but… it can sometimes give you a bit of a fright when the debt finally pops out!

This is the easiest affordable way to remove dents any time you get one. It’s a small kit that allows you to pop out small and medium-sized dimple dents on your car. It’s not free but its extremely affordable and can be used countless times over. WANT TO SAVE THOUSANDS IN REPAIRING YOUR CAR DENT?

The Never Scratch™️ Dent Remover is made of Aircraft grade Aluminium Alloy and Stainless Steel. Its patented high bearing design can repair the most stubborn of panel dents in minutes.

If you are about to DIY dent removal on your car then important to arm yourself with the proper equipment, but dont worry this equipment is not expensive and as we looked at above, you can use common household products to remove all types of small dings and dents on your car.

Here are the few recommended products: 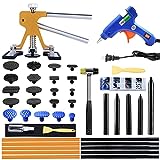 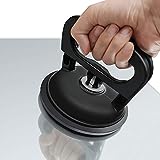 Before You Remove Your Next Car Dent

This is not a one-size-fits-all magic bullet solution because the truth is some small and dimple sized dings are easier than others. Its important to note that depending on the area of which the dent is located. Its going to heavily impact the success rate of that DIY job. However, if the dents you would like to remove are on the flat surfaces as mentioned you should have no problems using the above methods.

As a final thought, if you bought the Universal Dent repair kit that’s been trusted by drivers around the nation then, you could save money, time and the risk damaging your car further and you will be able to use it over and over again any time a dent occurs. Get your own universal dent repair kit here